But that is no reason to acquit the guns

“…There are no simple solutions to this conflict. It is neither possible nor tolerable to secure every school or guard every child. Nor is it 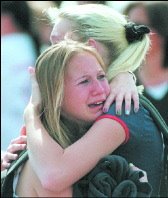 possible or politically tolerable to keep tabs on every gun. But in these killings we see an open society threatened by the ubiquity of its weapons, in which one kind of freedom is allowed to trump all others. Most gun owners are respectable, law-abiding citizens. But that is no reason to acquit the guns.”

Those are the last half-dozen sentences in a recent NY Times online Editorial concerning the recent school shootings of innocent children by sexually tortured madmen. The author asserts all as foregone conclusions, but are they? Knowing the political bent of the NYT, of course I knew I was going to read something anti-gun, and it is, but it brings up some interesting points. It’s time for some dissection…

“…There are no simple solutions to this conflict.” – THE “conflict” referred to here being that between those who support control of gun ownership and those who don’t. The choice of conflict is in itself telling; after all, why 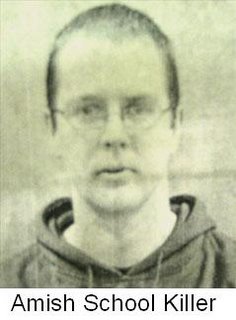 should gun control be THE conflict? Why not also discuss the conflict between those who are for and against trying to control that in our society which breeds and encourages sexual deviants and killers? The pervert in raped the girls before he started to kill them, and the evidence shows that the copycat Amish school killer planned on doing the same. So instead of obsessing over the weapons they chose, the question COULD INSTEAD be, “What is it about our society that produces these sickos in the first place?” The NYT evidently doesn’t want to look at the seamy sex and violence promoted and glorified by Hollywood, cable, the Internet and other media, because that would contravene the progressives’ viewpoint that 1st Amendment free speech rights are FAR more important than our 2nd Amendment right to arms, but why should the NYT get to pick which Constitutional rights are worthy of discarding or amending and which aren’t? I guess it’s a good thing that that isn’t up to The New York Times. 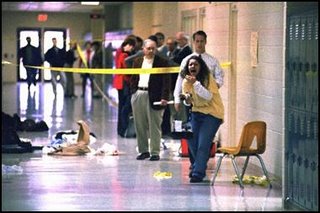 quite well square miles of areas and buildings using all sorts of simple AND complex means, but once again the progressive NYT would say that providing the same level of security for our schools would be “stifling,” and in fact be a “chilling” attack on our individual rights to privacy. The simple use of encrypted photo ID cards and more investment in better security technology would go a long way in keeping our kids safe in their school environment and even outside of it. Just the mention of a national ID drives progressives and libertarians crazy with paranoiac fears of a “big-brother” society. Again, guarding ALL our schools and our kids better than we do now should not be considered impossible, and certainly NOT “intolerable.”

“Nor is it possible or politically tolerable to keep tabs on every gun.” – Actually, it is possible to do this, especially with the tracking technology we have today. I’ll be upfront on this—I am NOT an NRA gun guy, which is the “politically intolerable” reference of the ab 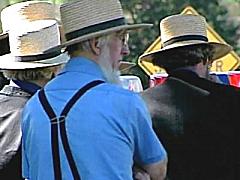 ove statement. I, like the NRA, DO believe that Americans have a right to have and bear arms, but unlike some extremist NRA members, I say that there is nothing implied by the 2nd Amendment that ALL SORTS of weaponry should be legal for private citizens to own, nor is there anything that states that we can’t control and track those weapons that ARE in the general populace. The NRA seems to be against this aspect of gun control because, they say “Big Brother” could then come into your home and TAKE your guns whenever HE feels the need. Isn’t it ironic, how both the extreme left AND the extreme right BOTH share a common paranoiac fear of “Big Brother?”

“But in these killings we see an open society threatened by the ubiquity of its weapons, in which one kind of freedom is allowed to trump all others.” – Here we go again, The NYT complaining of the “evils” of the 2nd Amendment. Yet, you will never hear a similar concern over other, perhaps just as “dangerous” civil rights, such as the willingness of our society to allow our children to be immersed in wanton images of sex and violence and all in the name of “all important” 1st Amendment free speech rights. Or, how about the left’s concerns for “privacy rights” and how they are being “trampled” by President Bush’s minions as he successfully keeps tabs on terrorists’ electronic communications and on the location and movement of their funds. Evidently it was okay when ’s guys did it, and they DID do it, but the “rogue” Bush Administration is NOT to be trusted to do similar things.

"Most gun owners are respectable, law-abiding citizens. But that is no reason to acquit the guns." – For some mysterious reason the writer chooses to separate this compound thought into two separate and distinct ones, but hey, he’s the professional writer while I’m the dabbler. Having said that, look at the two separate sentences again—now, do you see WHY the author purposely seems to disguise this single argument into two thoughts? It was probably done so by HIS editor because the first part does NOT support the second or vice versa. Either way, it’s just plain muddleheaded to declare that most gun owners are law-abiding, but their guns are not! What the…?

Getting past the dim-witted “false argu 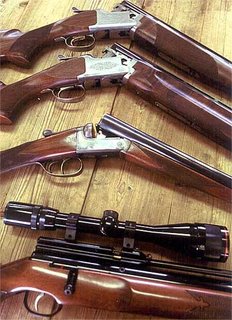 ment” put forth by this person, these two sentences get to the meat-and-potatoes of what this NYT author actually wants—namely, NO private gun ownership. The writer seems to say: “put guns on trial and find them guilty;” for isn’t that what “not acquitting” them means? It is a ridiculous concept anyway—putting inanimate objects on trial for murder—but it’s a play on the NRA’s equally ridiculous assertion that “guns don’t kill people, people do.” I don’t think either argument qualifies as one of the accepted “inductive and deductive arguments” of critical thinking.

Aside from the false philosophy of defending harebrained positions—to “sensible” moderate types like me, BOTH sides seem just as silly. We “moderates” say—guns need to be controlled, not outlawed; and we also say that those elements of society that seek to debase us ALSO need to be controlled and reined in—what’s so hard about that?

Posted by PhilippinesPhil at 12:01 AM

Hey Phil, I just wanted to say that on the issue of gun ownership... I agree completely! I am unable to add anything more.