This year marks the 100th anniversary of John Wayne’s birth. It was also 100 years ago that my Uncle Bud was born. Both men were contemporaries, but by age only; because based on what they did with their lives during the 2nd World War, they had very little else in common.

I was thumbing through a VFW magazine the other day and came upon a full-page advertisement for a product featuring John Wayne; I think it was for a commemorative knife or a plaque or something. The gist of the ad was that Wayne is perhaps the most famous and beloved of all our American heroes. Thing is, I just don’t see him that way, although I very much used to.

I remember the exact day that John Wayne died of cancer on June 11, 1979. I remember it so well because my daughter was born that same night in the wee hours of June 12th. I was in the marines at the time and I recall how one old master sergeant was actually in tears and stayed in mourning for days, his eyes reddened from weeping at the loss of his “hero.” Just goes to show that some folks really loved and venerated this man. I was always a big fan as well, and I still am, but only of his movies and for his love of country. But as far as him being a figure worthy of hero-worship—for me, no way.

That little mournful marine master sergeant, nicknamed “Mouse” for his diminutive size, would probably have tried to kick my butt had I offered such an opinion to him, but I stick to my guns.

When World War II started for the USA in December of ’41, “The Duke” and my Uncle Bud were 34 years old. John Wayne’s movie studio didn’t want him running off to war the way virtually every other actor on all the film lots were doing; so the story goes that strings were pulled, at least for a while, to keep their biggest star out of uniform by getting him an A-2 draft rating due to his family status. This was not a permanent rating and as the war progressed he could have been drafted.

Age was certainly not a factor; after all, actor Clark Gable was 40 years old when the war started and he served as a tail gunner in combat. Henry Fonda was two years older than Wayne and served in the Navy. James Stewart was a year younger and served in the Air Force as a bomber pilot, accruing 20 missions in the deadly skies over Europe. Dozens of other established film stars also heeded their country’s call, and many saw combat, such as Eddie Albert, already 35 and an established film star at the beginning of the war. At Tarawa with the Navy, Eddie won The Bronze Star as a landing boat skipper after rescuing 70 marines under heavy machine gun fire.

No, big John Wayne, our nation’s most renowned war hero—at least on film—kept putting off “going in.” There was always another movie that needed finishing, and evidently, before he knew it, the war was over. 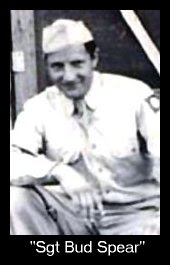 My Uncle Bud didn’t have a wife and family or an “important film career” to keep him out of the service. Nope, he was just a single guy, a humble electrician. His claim to fame was that he wired hundreds of Michigan homes and farms in Sanilac County during the “electrification” projects of the 1930s and 40s.

Not long after the war started Bud was drafted. With his years of experience as a skilled electrician he probably could have gotten a technical job; but no, he volunteered for glider infantry, specifically as a glider pilot with the 327th Glider Infantry Regiment. He very nearly didn’t survive the hazardous training, but he earned his wings and headed to England in preparation for the invasion of Europe.

Ever watch the movie “Saving Private Ryan?” There is a part in it where Tom Hank’s squad passes through a field of crashed gliders and scores of dead and wounded glider infantrymen. That might have been Bud’s outfit. He survived the June 6th D-Day glider landings into France and 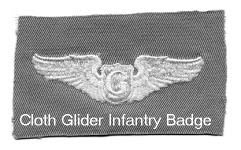 subsequent combat, as well as the September landings and fighting in Holland during the Market Garden campaign. As a sergeant, once he landed his glider, he became a normal infantry squad leader, guiding his men in combat.

Bud’s string ran out on Dec 20, 1944 in the Ardennes Forest in Belgium. On December 18th he and his men had been hurriedly trucked into the crossroads town of Bastogne given the task of holding off thousands of Germans during a surprise attack called “The Battle of the Bulge.” Two days later he was killed in a defensive fighting position, also known as a “fox hole,” in the pine forests just outside of the town. A tiny piece of shrapnel pierced his spine, killing him instantly. At least that’s 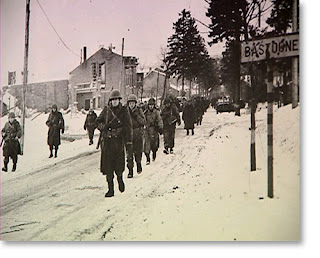 what the sergeant told my great grandmother when he came to Kingston escorting Bud’s body back home to Michigan. During the burial ceremony, that battle-hardened sergeant wept unashamedly saying his last goodbye with a final salute to his friend, my uncle.

Actually—“The Duke”—John Wayne, went through the rest of his life feeling enormous guilt that he had never found the time, or perhaps the courage, to serve. In fact, he sought the rest of his life to honor men like my uncle by representing them in the best possible light on the silver screen. Wayne did a marvelous job accomplishing that because he turned out to be the best military recruiter that never served.

Before I fully knew who my Uncle Bud was and what he had done in the war, I KNEW who John Wayne was, and I joined the Marines just like countless others seeking to be just like him. So, whenever I see “The Duke” on screen “acting” like a war hero, NOW I am reminded of my Uncle Bud, a “real” war hero versus the “reel” one that was John Wayne.

Somehow, I don't think Bud would have held it against him, so neither will I. May they both rest in peace and never be forgotten, ESPECIALLY my Uncle Bud, a real hero. 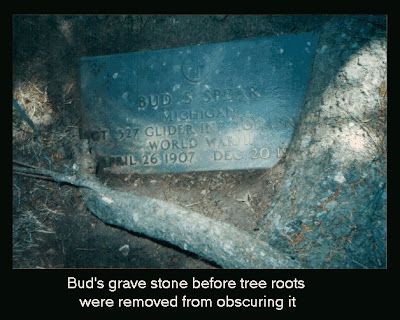 Posted by PhilippinesPhil at 4:44 AM

Nice "down-to-earth" portrayal of the Duke.

Was watching the Western cable channel and it is honoring the Duke's 100 anniversary.

Expect a marathon re-run of his movies.

As I recall, he made at least one movie in PI, called Bataan. Robert Taylor did one or two there, too. Unless they were all done in studios. Will check.

BTW, on his way to Australia to elude the advancing Japanese army, MacArthur passed by our province in Northern Mindanao riding on a PT boat.