Back to Africa; Learning my "Americanness" 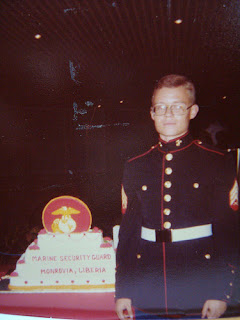 Now THIS is the story I started to write for my previous post. At least I hope it will be. Often, I start out intending to write about one thing only to end up writing about something else, so maybe I’ll end up doing that again. Truthfully, I’m never really certain where I’ll end up.

lol, i love watching u totally digress off topic.

Either wayyou tell a good story. so what do i care if it's not the one you intended to write?

The one i want to tell is tragic anyway. Its certainly not a feel good post. Maybe thats why I'm so easily led away from telling it?

Oh, and I enabled comment moderation after getting a really foul comment from some egghead. I hope folks don't mind too much.

I find myself concurring with your many observations on racial relations with natives of Africa compared with African-Americans, though I would not generalize either ways.

I, too, have interacted with immigrant Africans from Liberia, Ethiopia, and Nigeria at work, and missing among them are some of the attitudes that probably hamper smoother race relations among different ethnicities here in the US. But the African-Americans I have met who came from the south were much easier to interact and get along with. My own son-in-law who is one came from the south but grew up in the Bronx and spent 20 years in the army. And we share so many things in common.

But here's a thought based on your observations above. Again I state that Liberia started being populated by freed slaves who wanted to go back to the continent, and the present African-Americans are the ones who decided to stay.

I noticed that even in a rather homogeneous setting like the Philippines, growing up among different ethnicities, in our case with Chinese and Moslem minorities, provided a score of awkward situations, pressure points, areas of intolerance, etc. that probably shaped our adult attitudes about race.

The Americos were always vastly outnumbered by the indigenous tribesmen that they ruled over. In effect, they had made slaves of the people already living there, at least governmentally(?), economically and socially. They had power and kept it to themselves ruthlessly. That all changed in 1980, when MSgt Doe led a coup, where many of the Americos were slaughtered in a bloodbath of retribution. Most of the rest of them left the country. If you'd like to see some of this "action" filmed live, check out the last 15 minutes of "Faces of Death II." It was taken by a French film crew; however, if you have a weak stomach, don't bother.

Phil--you outdid yourself brother. What a great piece. Feel free to deviate from your intended topic again tomorrow. The last one was really good, too. ONe of us needs to link these to the other blog. Good, good writing.

God help me Hope; I LOVE being flattered. Feel free to do it whenever you like!