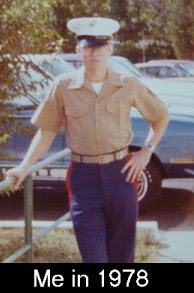 Seeing the president on his whirlwind trip through sub-Saharan Africa last week brought back a series of poignant memories to me—some darkly humorous, others sad and tragic. Follows is the first of at least two of them.

Early in 1978, I was having a splendid tour as a marine embassy guard assigned to our consulate in Monrovia, Liberia. Just 20 years old, life was good; the job easy, the partying and socializing profuse.

I’ll never forget our ambassador at the time. He was one of the biggest black men I’ve ever met. It’s easy for me to remember his name, since he had the same surname as the American president in power back then, Jimmy Carter.

Ambassador Carter must have been nearly 7 feet tall; well, anyway, he was well past 6 feet, probably 6 feet 9 if he was an inch. His height was imposing enough, but just as you’d expect from an ambassador, he was one dignified dude. To complete the ideal image of thoughtful diplomat, his forehead was broad and soaring, his hairline well receded to reveal an expansive intelligent noggin, and if I remember right, he had a Lincolnesque jaw line that made him seem broodingly thoughtful. A deep baritone voice matched his substantial physicality. His very size forced him to move slowly, and gave the impression that his every movement was well thought out before being made.

The marine at guard Post 1 wore, and probably still wears, the white wheel hat, khaki short sleeved shirt and blue trousers with the red blood stripe down the sides. Back then, we sat behind a Plexiglas window in the front lobby. Supposedly, we were the first line of defense against intruders or any other malefactor intent on doing no good inside the consulate. To this end we wore a holstered 38 caliber revolver on our right hip and a riot baton on the left. If we needed to escalate, there was an Uzi in an unlocked safe under the counter as well as a shot gun with assorted ammo available on top of the safe.

As soon as any of us marines at Post 1 spotted the ambassador walking past the big ceiling-to-floor picture windows on his way to the lobby entrance we’d spring to our feet to the position of attention. Funny thing is, he was so darned big that it seemed he sailed more than walked, exactly like a majestic tall-masted wooden sailing ship moving across the horizon; or perhaps a better image is a man floating by on stilts. He seemed that tall, like he was half man, half giraffe.

We came to attention at Post 1 only for a select few embassy people, maybe 3 or 4 in all, including the ambassador’s second in command, the Charge d' Affairs. The good thing is that they were both lofty fellows, so they couldn’t easily sneak up on us. Not that they would try, but sometimes after a hard night of “this or that;” well, all of us watchstanders were young and liked our off duty fun.

Speaking of which, I remember one “fun” event when the second biggest black man I’ve ever seen made one of the loudest fusses I’ve ever heard one man make. This very black fellow was an angularly towering Liberian, and to say the least, he was angry, and frighteningly so. He must have desperately wanted to go the US, because he sure was pissed off when the consular officer denied his application to do so.

I didn’t know any of this, but I was soon to find out when suddenly, from the consular office door directly behind me, I heard a man literally screaming death threats at the top of his lungs. Immediately, a jolt of adrenaline coursed through me as my world instantaneously went from dully routine to a matter of life and death. They told us it would be like that, 90% tedium and 10% terrifying.

Hurriedly standing, I pulled my baton, and stuck my head around the corner to see what all the commotion was about. My vantage from there was directly behind the consular officer’s counter. With his back to me I could see the consular standing away from the counter and gesturing with both arms up in a placating manner as the angry enormous African pointed at virtually every person in the room saying repeatedly, “….and I’m gonna kill YOU!”

He spotted me and started pointing at me too, but chuckling nervously, I muttered out loud, mostly to myself, “Oh NO you don't!” and ducked back behind the door. I glanced over at our receptionist, a large sweet tempered Liberian woman, and had to laugh at the horrified frightened look on her face. Seeking to calm her, I said smiling, “He almost GOT me there Masa!”

About then, much to my great relief, I saw my NCOIC, or noncommissioned officer in charge, approach the consular section from his office just down the hall holding a mace dispenser behind his back. He motioned to me to keep my cool and to stay at my post. I told Masa, who sat right next to me at Post 1, to call for our Liberian security guards in case the guy got around to actual violence.

In the meantime, my top sergeant took a position just outside the consular office and began to courteously inform the screaming man that it was time for him to leave. All that did was to induce a loud “I’ll kill you TOO!” from the mad man. So much for kind and gentle persausion.

About then my heart sank as the ambassador strolled in through the front entrance. Upon entering the lobby, of course he heard the commotion, and to his credit he fearlessly made a beeline right for all the noise. My job at that point was to make sure the giant malcontent did no harm to my giant ambassador.

I spoke up, “Sir, we have a situation here. I suggest you let us handle it.”

“It’s all right Sgt Spear. I’ll be careful. Let’s see if we can’t calm things down a bit,” he said in that deeply resonant voice of his.

As he passed, Ambassador Carter calmly nodded his head at me and gestured for my own calmness by putting both hands palms down, moving them up and down twice to give me a “slow down, keep it cool marine” signal.

“What seems to be the problem here?” he said with masterful disarming diplomacy. I watched the ambassador engage the angry fellow in a calm respectful manner and almost immediately the screaming threats stopped as the two of them settled into an earnest discussion.

My NCOIC, a skinny master sergeant with a prominent Adam's apple who weighed all of 130 pounds, if that, took a new position directly behind the now seemingly gentled giant. He now held the mace in front of him, his finger on the trigger. With a nod to me he mouthed the words, “Get ready.”

Not wanting to cause him to reerupt, I averted my eyes from the big man, but nonchalantly sidled several paces closer. I tried not to seem ready to pounce, even though my entire body was tremblingly locked and loaded to do so. Instinctively, I knew that if he saw me looking at him he would probably be able to read my mind, and he wouldn’t like what my thought cloud was saying, which was basically, “Damn, that guy is big! If he makes one move on the ambassador, I’m going to ram this stick as far as I can into his solar plexus as hard as I can. Then, I’m going to break both his clavicles, and then…”

But incredibly, within a moment or two, Ambassador Carter and the angry man were strolling out the front entrance together like old friends. The ambassador had one arm around the man’s shoulders while quietly chatting with him and leading him out to the front sidewalk, my top sergeant never more than a few protective steps behind. I thought for sure Carter must know the guy, but he told me later that he had never seen him before that day.

When the ambassador came back inside as if nothing had happened, I snapped him the tightest, most respectful salute that I’ve ever rendered anyone. After buzzing him upstairs with the secret button under my desk I poked my head back into the consular’s office to see if he was okay. He just shook his head on hunched shoulders and grinned at me over his clipped moustache while vigorously cleaning the spittle off his glasses with a Kleenex. I don’t think the guy actually spat on him purposely, but his furious screams had caused spit to fly everywhere nonetheless.

A few years later, after I had joined the Air Force and was stationed in Japan, I ran into an old buddy that I knew from the embassy in Monrovia. He had transferred to the American embassy in Tokyo. Sadly, he informed me that not long after returning from his ambassadorship in Liberia that Ambassador Carter had either slipped or had suffered a heart attack while in the shower. I was sorry to hear that he had cracked his head open and died before help could arrive.

He was a good guy.
Posted by PhilippinesPhil at 2:49 AM

That pic reminds me of my three boys while in the corps - lean, mean, and shoulders squared.

Exciting personal interest story. One close co-employee I had was a lady from Liberia, and I kinda like the lilting sounds of their English and their quite subdued demeanor. Quite a contrast with the native African Americans.

I was definitely lean, as far as mean...?

The Liberians are definitely different from American blacks. The first time I had dealings with them, that would have been with our "servants," I was struck by their humble nature; it was downright subservience. After being around the more aggressive US blacks I thought these Liberian fellows were pulling my leg, especially when they kept calling me "bossman."