"No Easy Way Out" 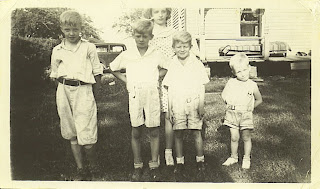 I was fortunate to be able to spend a significant amount of quality time with my mom after my father’s passing. One of the last things my mother and I did together before I left Michigan was to visit my dad’s older brother, my Uncle Keith, at his home. He was the last living member of the original clan of five siblings—all born in the 20s with the youngest, Dale, in the early 30s.

I felt bad for my Uncle Keith. At 83, almost by accident, he managed to outlive not only his parents, his sister and four brothers, but he also survived his wife and youngest child to boot. Based on observing his sad experience, I can definitely say that outliving nearly everyone in your immediate family is not like winning some kind of contest. On the contrary, the poor guy was miserable with a capital M. 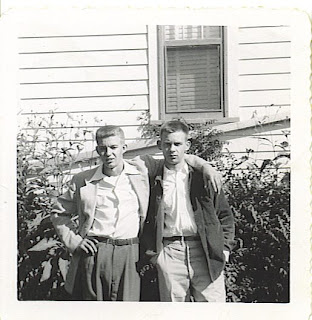 During our visit, he’d intermittently stop in mid-conversation and weep bitterly at the thought of his recently departed “baby girl,” Dawn, having left us much too young in her mid 40s. Openly weeping, head bowed nearly to chest, he continuously sobbed how he missed her. Her recent passing obviously had broken his fragile spirit, what there was left of it, not to mention breaking his old heart, already weakened from decades of atherosclerosis and more than 60 years of some serious chain smoking. I noted an ash tray full of butts on the table next to him. Obviously his health was the last thing on his mind. 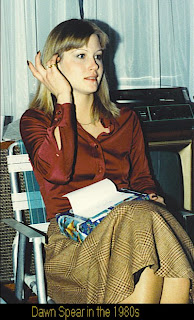 Over the years, I became very fond of my Uncle Keith and Aunt Marilyn; I think, because they had demonstrated so much fondness for me. From the time I left for the marines at 18, over the next 27 years thereafter, whenever I made it home on leave they always made it a point to come see me. No matter what they had going on, no matter how busy, they made time to come visit, without exception. They dropped everything and came, every time. It was probably Aunt Marilyn who had the most to do with this wonderful aspect of their affection for me, but as a team, I think they were both pretty special. Even after Aunt Marilyn died of cancer a few years ago, Uncle Keith never failed to ask my parents how I was doing whenever they spoke.

In a special homage to the Aunt Marilyn side of “the team,” over the years, she spent hundreds of hours knitting Afghan coverlets, one for each of my kids, starting with Marie in 1979 all the way through Sarah in 2003. Only my mom showed more interest and got more involved in welcoming my children into the world. Indeed, I was determined to name my child (the one that turned out to be Sarah) either Marilyn or Keith, depending on the gender. My wife at the time wouldn’t go with Marilyn, so, she compromised and agreed to Sarah Marilyn. 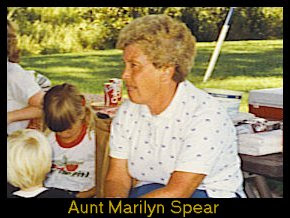 Post Mortem: Strange how things rarely go as imagined. When I learned that Uncle Keith had passed away last week I pictured him as leaving us by way of a simple heart attack or stroke, where he simply left us and moved on to be with the rest of his departed family and friends, but no, unfortunately I was disavowed of this notion when my mom sent the following email:

“…There is some controversy over Keith's death. When they were taking him to the hospital the original responders were just transporters. When they tried to move Keith from their gurney to the medical ambulance gurney they dropped him and he landed on the right side of his head. He died shortly after that. They tried to resuscitate but could not save him...”

“What a Keystone Cops episode that was for Uncle Keith's last moments. Geez. Seems like all the Spear boys just had bad luck on the end side of their lives, didn’t they? I mean, didn't any of them get a break? Now this... and what does that mean...transporters? What the heck? He had a heart attack at home or something and they didn't send a medical ambulance? I never heard of such a thing as "transporters." Explain please?”

“He was at St. Francis Nursing Home, as the doctor said he could no longer live alone at home. They called the ambulance to take him to the hospital, as he was having some bad chest pain. Instead of the ambulance coming, it was people who are equipped to only take the patient to the hospital (transporters); there must have been a problem at the EMT Center. Well, then the medically equipped EMT ambulance finally did arrive, but only after they had already gotten Keith on the transporter gurney outside the nursing home. So, they elected to transfer him. Why they couldn't use the same gurney is beyond me.

You are right though; all four of the brothers died the hard way—no easy way out for any of them.” 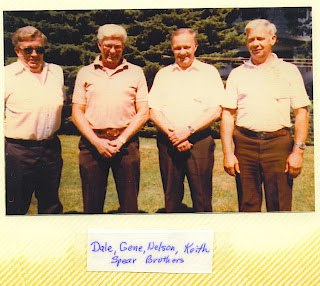 Posted by PhilippinesPhil at 4:33 PM

I have an RSS feed piped into my email on all PI news and I just happened to click on your site. My condolences on your Uncle's passing, btw. I hope you can find comfort in your friends and family at this sad time.

I enjoyed reading your post and I have to compliment you on your writing. Most of the time, it can get a little distracting reading passages from blogs when the author makes no effort with grammar or punctuation. Also, your topic hit home with me since I lost my father this time last year.

My wife and I are U.S. citizen pinoys living here in Chicago and we plan to retire in the Islands in a few years. Anyway, keep up the writing - I've bookmarked your site and look forward to reading the rest of your articles from the PI.

Nice human interest story. And I assume Dale was your father.

Having visited Michigan and driven through its countryside, I feel a deeper fondness to your narrative. I feel that those living in Michigan must be hardy people, much like those living in Alaska.

Once had a Jesuit priest from Michigan named Dittrich for a teacher, who was very well liked by all of us. The embodiment of a no-nonsense but tender guy.

The picture of your cousin Dawn get my attention, too. She struck me as a very good-looking and poised woman.

Nope, Eugene was my dad. You can read up on him in earlier posts if you have a mind to. Dale was the youngest. Dale's health was never quite right after taking a slug through the guts from a Chinese burp gun in Korea. To save his life the doctors had to resection. Dawn had a rough time of it; she's an example that sometimes having great looks can be problematic. Her death was self-induced, I believe accidentally.

Cubsfan, thanks for the compliments. I'm glad you enjoy my posts. That means a lot to me. As you know, you'll have an advantage over the rest of us Americans when you retire over here. It would be a misnomer to say that we non-native residents are treated as "second class citizens," since we aren't citizens, but there are definitely times when we are used and abused by "the system." On that note my plan is to seek some small relief by moving from this area, probably after next year. See you on the blog!

I'm not sure what to comment on this story so I'll just say thanks for sharing it.

Comments are not necessary if you've nothing to add Ed. No problem.

This is the first I'd heard about his death. Sorry to hear about Uncle Keith! He may not have been my uncle however, with all the love and respect I had for your dad, I can't call him anything else. It was nice seeing him in October at your dad's funeral. He lived a good long life and it was evident in his final days that he loved his family.

Phil, keep up the good work - I love reading your stories, especially about the family., and your tree house from start to finish. This last one was hilarious. I really loved the red hair!!!! I wonder why?
Aunt Winnie

Hi Aunt Winnie. Thanks! Nice to hear from my biggest fan. Happy New Year to ya! Love you... phil