I was out of the saddle for the past few days, once again due to my computer’s tendency to occasionally sputter, and hiccup, and even worse in this last instance, to lapse into outright electronic unconsciousness. 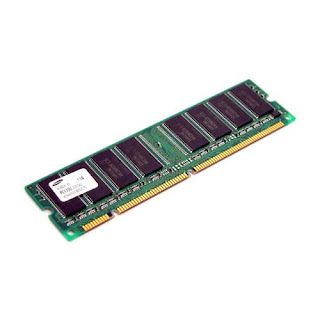 My computer guy, a local fellow who is quite good at reviving sickly pc’s like mine, put me on the hook from Friday night until he finally came over early Sunday evening.

He’s always apologetic and very respectful when he finally shows up; and even though, like always, he made me sit in the house all weekend waiting for him, I didn’t dare upset him with even the hint of a grumble. He’s just too damned valuable for me to alienate like that.

(But I SWEAR here and now, as soon as I find a better, or at least a more RELIABLE pc fixer dude, I’m going to give this guy holy hell along with the heave ho….

Then again, maybe not. I just MIGHT need him again, so I better not burn that bridge? Dang it…)

As a matter of fact, less than five minutes after he booted this puppy up he had the glitch nailed down to a mischief making RAM card. Windows spit out some mysterious code and he knew immediately what it meant. He turned around and told me it was a memory problem, probably the RAM. I told him that I happened to know that I had two of them in there, "So you got a 50-50 chance of picking the right one, or maybe its both," I offered.

He snaked his 90-pounds of 5-feet-nothing under my computer table like a contortionist fitting into one of those tiny transparent acrylic boxes and dismantled my pc without so much as a grunt and nary a groan. Without a flashlight, seemingly with bat-vision or perhaps with experienced fingers from having done it hundreds of times before, he dismantled wires, removed panels and screws, and within seconds pulled out and showed me the probable offending cards—so small and yet so vital.

With RAM cards in hand and before uttering another comment he intently studied their style, type, and size. He showed me the one he “knew” to be bad telling me that it was a low frequency card while the other was high, whatever the heck that means. It looked just fine to me, but he said knowingly and without a hint of doubt that it was the malefactor.

He gave me a quote and I gave him about $44 including labor—can’t beat that I guess, at least not until I learn how to fix it myself, and there’s little chance of that ever happening.

Arriving back at my house the next morning, only two hours late this time, computer man pulled a new replacement card from his magical knapsack. He slipped back into his lair under the table, fiddled around inside my pc for a few seconds and popped back out like an irrepressible ferret, pressing the on-button as he slid smoothly into my wheeled computer chair. Windows popped up as if it had never NOT done so and he turned around and grinned victoriously.

He didn’t even have to reformat or correct any corruption in my Windows. Lucky me. I HATE when that happens.

So I’m good to go, for now. My fingers are crossed.

I’m thinking back on all the parts and pieces I’ve had changed out on this thing since I bought it in 2003. That was the year I bought this now obsolete dinosaur. I needed it for all those college classes I took thanks to my Vietnam era GI Bill college benefits. The only component still original in this four year old "ancient" hunk of junk is the motherboard.

I really should just buy me a new computer, but with the cost of parts so cheap and labor even cheaper, I just keep putting it off. What’s the point? After all, I only use this thing to surf the web, answer emails, write in PhilippinesPhil, and oh, let's not forget to write causticly longwinded comments in Ed Abbey’s and Katana’s blogs et al.
Posted by PhilippinesPhil at 1:37 AM

Back in my senior year in college, I was a computer shop assistant to support my studies. There was no internet then. Students came to type reports and thesis, and, make greeting cards. That was the time of WordStar, Louts 1-2-3, and PrintMaster. Inspite of these limited applications, their business was doing quite well.

Part of our work was computer maintenance. I can still remember how huge the hard disk was, and it was only less than 50MB! Thumb drives today have as much as 2GB capacity!

Alas, I no longer know how to work on computer hardware. It would have been a profitable sideline.

If you had two RAM chips and one did not work, typically the PC should still boot up and work, except that your total RAM space is reduced by that much.

If you ask me, I'd say keep the old PC. It has worked okay (for your uses) all this time and new ones do not necessarily mean they have longer lives.

Of course, new ones are now comparatively much cheaper than the older ones. And what's more if you need parts for the older PCs, generally they cost more than the newer versions. Attribute that to minimal supply, since they are not being manufactured any more.

But glad you are back on-line.

Hey Wat, its amazing how computer dependent the whole world became in such a short time. I think back to '89 when we first got two for a shop full of 15 inspectors and within two years from then every individual had their own pc with the internet just a couple years after that.

You're right, lots of Americans around here are willing to pay pretty well for reliable pc service work.

Amadeo, yes, once the bad RAM card was removed Windows did boot up. But, the reason I had two cards in there in the first place was my Norton program, which is so huge that my RAM could not handle it. Thus, until I had replaced the bad card I was dead in the water.

And THAT is the reason people get new computers, for the speed and memory now available that wasn't around even just 4 years ago.

Some older computers, probably older than yours required two RAM chips to work. Most modern computers have slots for two but only need one to work. I don't know what prompted the change in architecture but one of my previous computers was like that and RAM had to be bought in matched pairs.

From what I have seen, most computers in the RP suffer from one thing, humidity. I had an old laptop that I had bought for a song that had lasted me for years. It lasted less than a year in the RP before the humidity killed it.