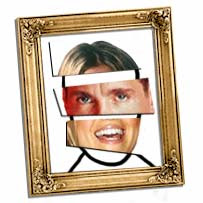 When I was young, or at least a little younger than I am now, I regarded old folks as if they were a different species, different from me anyhow; and it really wasn’t all that long ago that I felt that way. I just couldn’t imagine that their frailties would someday trouble me as well.
It’s like The Grim Reaper, I know he’s waiting for me, but I try not to dwell on his lingering over there in the wings. See! He knows I’m talking about him—he’s grinning that fleshless toothy smile at me from under the blackness of his hood and beckoning with that skeletal hand.

This new way of looking at oldsters happened fairly recently when I realized that I could no longer truly categorize myself as middle-aged. Technically speaking, isn’t it true that a person’s age category can only be classified as middle-aged when the doubling of their current years derives a product to which they can expect to live? I’m certainly not going to live to a hundred, hardly anyone does, and there definitely have been NO centenarians in my family. I won’t kid myself and expect to be the first—not with my problems.

This “getting old” discourse didn’t just happen. Once again I was at the gym today, as usual, and this time I observed an old guy that also comes in almost everyday. I’ve never actually had a word with him, but a couple months ago a pal of mine who is 79-years-young pointed out this other old guy, telling me that believe it or not, he was is in his 70s.

Why would my buddy point out this other guy and declare his age? After all, there are lots of retirees in the gym in their 70s. Well, at first glance you would never think the guy was that old. For one thing he was put together pretty well, certainly better than me; and he was strong! He lifts heavy and can do a dozen chin-ups, and does so two or three times a workout.

Okay, so the guy has stayed in shape and was blessed with good genetics. That’s cool—I can respect that, but even at that I would say that he’s mostly unremarkable, and I would never think to comment on him EXCEPT for a short conversation I had with his wife today.

The guy had just finished a set on a leg machine just across from me that gave me the opportunity to study his face. I was impressed that he had no long wrinkles anywhere on it, NONE! He had plenty of age related things happening on the rest of him—all other exposed areas were duly liver spotted, freckled, and slack, just as what would be expected of anyone over the age of 65.

He keeps his hair short, but long enough to keep easily, and in my opinion, hideously darkly dyed. If I were going to give him some advice on hair coloring it would be to do what I do. I color my hair too, because I am now completely white-headed, and folks, I’m NOT yet ready for “Q-tip” status! (My parents say that old folks in Florida are called “Q-tips;” I thought that was cute.) I use a color that is a light enough so that as the white hair grows in, it blends in for that natural salt-and-pepper effect. Some people don’t even realize I dye it unless I go too long between haircuts, as I ONLY color it AFTER getting it cut. There’s nothing phonier than an obviously old face framed by jet black or dark brown hair. Some might even consider it pitiful, but not me; I just think it’s pathetic. [chuckle]

While he had been pumping out his leg reps I noticed him speaking quietly to a young lady sitting in the shoulder press machine next to me. I figured it was his wife or girlfriend. He went to the other side of the room and during a lull in our workout I asked her if that was her husband. Very shyly, she nodded yes. Trying to sound disarming I casually asked her how old he was. I hardly finished my question when she hurriedly answered. At first, I thought she’d said “Fifty-one,” but I wasn’t sure, so rushed did she blurt it out. 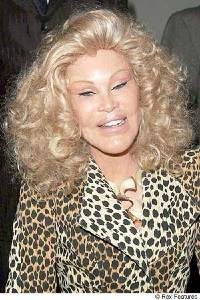 I responded with an incredulous “What?” and she quickly answered again with, “Fifty-one!” only louder and more insistent this time.

“Are you sure?” I asked her in spite of myself.

Immediately I realized what a stupid thing that was to say. She looked like a trapped animal and made a quick getaway. I knew she knew that I knew she was lying. Poor thing.

I don’t know if he’s putting her up to it, or if she’s just not wanting to admit that her husband is 50 years older than she is. I suspect it’s more the latter.

Then I began to doubt myself thinking, ‘Maybe she’s right. If he’s 51 then he’s about the same age as me. I HAVE to be sure!’

So, I started sidling nearer to get a closer look. He was intently benching about 150 as I walked slowly past. I noticed the skin on his face was mask-like and artificially taunt. Aha! He’s had surgery there, but I also saw small telltale vertical lines around his mouth. He’ll need to get Botox injections to take care of that I guess. I checked out the hairline as well and it seemed not quite natural for even a guy of 35, much less one of 51. It was too thick and even. So he’s had some “work” done there too. There was no loose skin around his eyes at all, and even someone in their 30s has that going on. Another clue to his real age is that when he forgets himself he allows his mouth to go slack and fall open, which is something that happens to oldsters—it just does. And finally, as he left the gym I watched him walk. His back hurts him, and hurts him a lot; he tries to hide it, but the pain betrays him. Also, he walks a bit bowlegged and stiffly on hurting knees and hips. Oh yeah, he’s definitely 70 something.

Until his wife lied about his age I never really bothered to check him out all that closely, but once she got my curiosity up, I couldn’t help myself—I became a man on a mission, and soon it was “mission accomplished.” After he left and ended my little game of “find the old guy clues,” it got me to thinking of how we age and what a lot of us do to stem the tide of that aging. Is it vainly wrong to even TRY to hide our true “old” age, and if not, is it sadly pretentious to try to conceal THE THINGS we DO to hide it? Here’s what I think: do what you got to do to stop the old age clock, but DON’T lie about it.

I say, why be ashamed of it? To me, it’s not sissy to dye your hair, or to get surgery or hair transplants; what IS unmanly is denying it. I knew a guy here in his late 50s that obviously colored his hair to a yellowish shade of blond, definitely from a bottle. I made the mistake of asking him where he bought his color and he indignantly refused to admit that he even dyed it. His girlfriend had already told my wife that he did, so the cat was out of the bag. After that, he ignored me if we passed on the street or in the bars. I don’t know, maybe he was ashamed at being “outed.” Heck, all he had to do was pay me off and I would have gladly kept my big mouth shut!

I rather respect the old guys and gals that don’t “give in” and keep trying to maintain some level of fitness and “looks” in spite of the pain and drudgery. I’m not so sure about spending the bucks on plastic surgery, but in these parts it’s really not all that expensive. What costs a couple thousand dollars over here typically costs two or three times that in the states. If you can afford it, why not go for it? On the same note, why not just admit it?

…trying to hide the things we do to camouflage our gray thinning hair and wrinkled wattling faces, …

…OR, getting some “nip and tuck” done, while dying your hair plugs, and going on a slimming diet, and THEN… REFUSING to admit it?

Posted by PhilippinesPhil at 2:26 AM

This is funny, Phil.

Makes me want to blurt out De Niro's now cliched line: Are your talkin' to me? (HeHeHe)

I am supposing that your "oldie" subject is white. Because by now you should know that Filipinos wrinkle much later in life, or at least later than others. HeHeHe.

Re dye-ing, seen the latest Osama video? See, even our Grim Reaper incarnate friend is not averse to it.

A boob job and a tummy tuck are that expensive? Darnit! Maybe next year.

I have a relative who lives there in Angeles and he is in his sixties. He does the same things.. exercise at gym each week with his girl, dye his hair to keep that youthful look. (not the same guy your talking about though!)

I have seen him with blonde and change to brown so I guess he is still finding the one he likes?. He goes for the manicures and facials plus whatever else?.

I think with so many great women in the Phils I would want to try and look my best and stay healthy to enjoy it for a long time.

It's cheap there to get great hair cuts because I took my girl to a hairdresser and she had her hair waxed and cut and a manicure. I had a trim so the total price was about P500.

Amadeo, I've met some pretty wrinkled Filipinos, especially some of the ones who work in the sun for a living. Most westerners make the mistake of sunbathing their whole lives, misguided as that is.

I have noticed that a lot of old pinoys will dye their hair jet black, and what choice do they have? At least for us, we have options of different shades of brown and blond.

Shazamo, yup, all that self-pampering stuff is very affordable here. I pay only a dollar for my haircuts. I have yet to get the other things done though, and don't think I ever will. I put in my own hair color because its so easy to do.

Perhaps it is because I'm still young enough where not alot other than hairline betrays my age but I'm not all that big into remolding my body. If by chance my marriage doesn't last, I have no plans to remarry so why to all the nips, tucks and combovers.