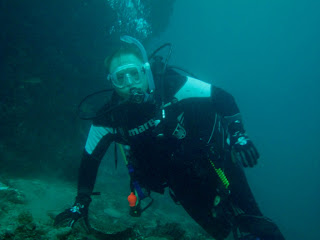 The next morning, sitting just outside our room just off the beach, I stared out at the buoy that had caused me so much suffering in putting it there. I noticed that it didn’t quite seem in the same position as where I last remembered it. Now it appeared to be about 10 degrees further to the right, or to the west of the pier. I asked Don and he agreed. We surmised that perh 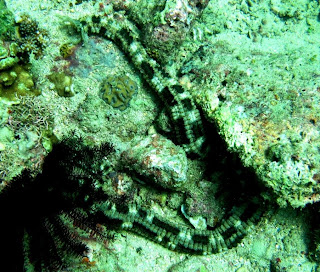 aps without a heavy chain to hold it in place the rope now in use was being stretched out in that direction by the wind and current. Oh well. 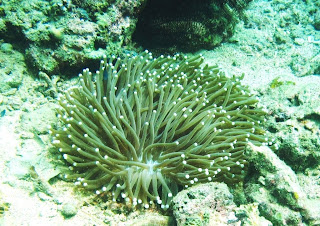 t only 10 or so meters further south into the channel. We would keep an eye on our pressure gauges so that we could safely return to shore with more than enough air. Don said we would go for some depth but not to the point that a safety stop would be required. We submerged, checked each other out for anything amiss such as air leaks, and off we went. 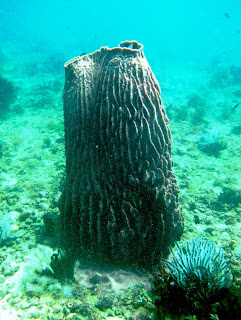 In just over ten minutes we caught sight of the massive concrete mooring point. The water wasn’t quite as murky as it had been. The increase in visibility made the big hunk of cement easier to spot through the greenish gloom.

We glided up to it with me still six or seven feet above Don. I had a very good reason for being up there—pain. It’s called ear squeeze and it hurts something fierce, as if ice picks are being jammed deep into both 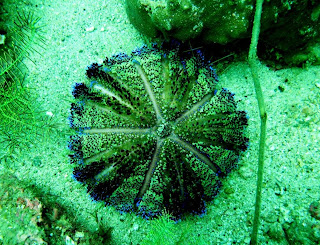 ears. Many divers, like Don, never have to deal with it; but some, like me, cursed with narrow Eustachian tubes, have to work hard to equalize the pressure behind the eardrums. Don can go from the surface down to 100 feet almost as fast as he can get down there. If I tried that and just pushed past the excruciating pain I’d end up with burst eardrums. The good thing about bursting the eardrums is that the pain goes away as the pressure instantly equalizes; the bad t 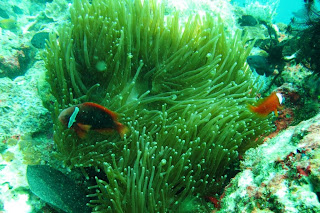 hing is you’ve just wrecked your hearing and can expect a very long recovery period.

A retired navy diver friend, of all people, also suffers from tiny Eustachian tube syndrome but still managed to achieve the very pinnacle of a navy diving career, reaching the rank of master chief. Whereas Don has no idea what it feels like to suffer the humiliation of having to slowly man 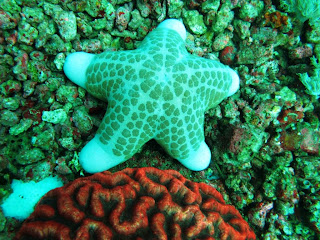 age a descent through the equalization process, my navy diver buddy knows exactly what I’m talking about. Like everything else in diving he says it’s all about staying ahead of the curve.

“Start clearing your ears even before you leave the boat, and then continue to clear them on the way down. If you let the pressure get ahead of the equalization the tubes can actually collapse and then it’s too lat 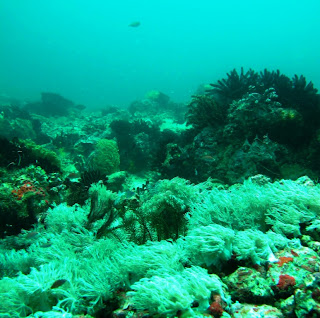 Until this last expedition I worried that I would never be able to get down to any real significant depths. I mean, heck, I get to ten feet and the pain starts. I have to start swallowing and manipulating my tongue and jaw from six or seven feet down, and I have to keep at it all the way down; or at least I thought that’s what I had to do. It was on this dive that I learned otherwise.

Before getting to that little revelation, as I finally managed to settle into the silty sand next to the concrete base, equalized and pain free in the e 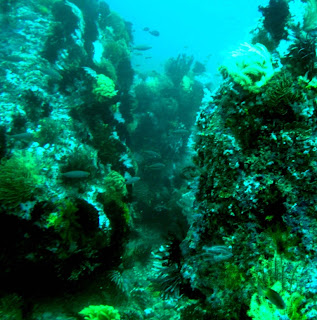 ars, I received another revelation—Don and I had attached the buoy to a rope at the WRONG anchorage. There on the seafloor was the chain exactly where it was when it had almost landed on my head two days previously. Somewhere, a few tens of meters to the west, hidden behind the silt in the water, was another giant can shaped hunk of concrete. We should have known there were two of them I guess. Anyway, the case of the missing chain—so 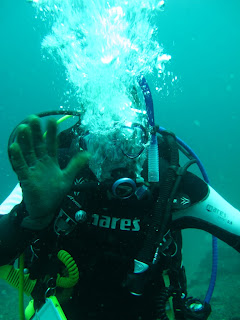 I got Don’s attention, pointed to the sprawl of chain and then hit the side of my head. Boink. He knew exactly what I meant. ‘We really screwed that pooch, didn’t we?’ We discussed it later and he began talking that we should revisit the whole reattachment thing and put it back where it belonged. I responded that if we must, couldn’t we wait until the water was smooth and calm? Lucky me—it never was.
I continue in part 5 next...
Posted by PhilippinesPhil at 3:30 AM