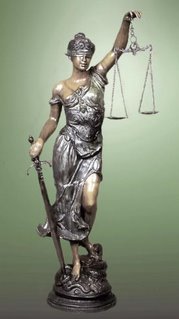 This will be difficult to write. A few days ago my wife went back to the police station to follow up on the armed robbery incident that not only lost her a purse and its contents, but her emotional wellbeing. What the policeman told her is amazing and disturbing, but I suppose I should not be surprised.

She looked through an album filled with pictures of local thugs, thieves and murderers and she easily identified the man who mugged her. The policeman nodded knowingly as if he already knew who she was going to pick out. Evidently this guy has been on a rampage for quite some time. The cops know his name and they know where he lives, or at least where his family is, and in this country that means they KNOW where to get him IF they want to.

Here’s the unbelievable part. With complete sincerity and with a straight face the officer explained that this fellow has been arrested several times, in fact, he has already murdered, but because he paid his way out of jail each time he has never been to trial nor has he ever had to stand in front of any judge for any of his crimes. I am not talking about bail either; he has never been in jail long enough to be levied with such a thing.

I have taken classes on Philippine government and on The Philippine Constitution, and other than the lack of a jury system, criminal law here almost perfectly mirrors American law. In this country, I can now personally attest that evidently almost any malfeasance can be ignored or gotten away with by simply paying the local police force, judge and prosecuting attorney. The supposition is that this is acceptable because the police and criminal system players are all underpaid and therefore they see it as their due to collect monies in this way.

Another distinct impression my wife got from her banter in the station is that the police are afraid of this guy. He has killed and they fear that if they confront him that he might feel that he has no choice but to kill again, and they don’t want to be his next victim. “To Protect and Serve” seems not to be part of their credo; instead, it appears to be “Live and Let Live.” What a shame and it must be very demoralizing to be a part of such an organization. I cannot imagine how bleak the existence of a police force where its members have to live like that—in fear of common criminals. Shouldn't it be the other way around?

Worse than that is the feeling I have that these “uniforms” might actually be in collusion with people like the man who used a gun to rob my wife. What else am I to think when he is known to the authorities and yet is not off the streets? My wife tells me she is now in fear of her life, because she can identify this guy and he knows her and her car. What is to stop him from getting rid of a willing witness? And it is within the realm of possibility that the cops might inform him that she continued to follow-up on his crime against her. If the police are so willing to do for money, perhaps one of them will keep him up to date on her activities for a few hundred pesos? The result is we will no longer try to deal with this. With the police potentially working for, or at the very least with the criminals, it is suicide to continue to pursue justice. It is an impossible situation and we cannot resist it. Are you beginning to sense our hopelessness?

Basically, the system here makes all of us with anything of any value, including our lives, little more than lambs waiting to be slaughtered. We are almost completely without protection other than that we can provide for ourselves. My wife has removed all her jewelry, including the cheap stuff, and her purse contains nothing but makeup items, a broken cellphone and a wallet with play money.

On the same vein, I also have a follow-up on some of the behind-the-scenes shenanigans that occurred during last year’s barangay hearing. To get up to date on the events before and during that hearing read the following posts from last year: “Potty Mouth Killer,” “A Barangay Hearing,” and “Confrontation, The End...” It turns out that JoJo the “potty mouthed killer,” had shown up several hours before the hearing and passed around more than 5000 pesos worth of “influence” among the barangay staff. That explains now why he was given so much latitude to curse unrestrainedly in the hearing room and the impunity he displayed as he continued to try to bait me to fight him from across the room. It also explains why he was so angry at the results of the hearing when the judge instructed him to shake hands with me and to “bury the hatchet.” It seems that his "dash" didn't cover anything past the authorization for him to act like a spoiled child.

Here’s the theme—justice here is illusory, non-existent in fact. Now I truly understand how cash dominates the mindset here in every decision, and from now on, when I think of “The Scales of Justice” I will imagine a stack of cash in the scale plates, with “truth” weighing in on the side of the most pesos. And of course, Lady Justice will be peering under her blindfold to see which side has the most cash.

DDD! Despair, Disappointment and Disillusion thy name is…
Posted by PhilippinesPhil at 1:54 AM

Perhaps one of the biggest reasons I will think long and hard on before ever living in the RP. Hopefully your wife will gain some of her emotional well being back with time.

You are right about the justice system here. It only leaves those of us that live here with two choices. Be a sacricial lamb and let these scumbags take advantage of us, or deal with them ourselves and suffer the consequences. I think I'd rather deal with someone like that myself and accept the consequences of my actions than to know that all it took was a few pesos for the dirtbag to get off scot free.

Be careful about the play money and not having anything at all though. Many of these people will indeed kill you if you have nothing to give them.

As for me, if some dirtbag pulls a gun on me, one of us is going to die.

Sorry to hear about your latest disappointment.

Rest assured it is not always like that in some parts of the country.

I suppose one just has to be seriously selective about where one lives and socially interacts with.

Where I come from in Northern Mindanao, where Muslim populations are not far, one can still pick safe places where one can either live quite peacefully or ideally raise a growing family.

Still it does not completely remove the ever-present fear that the situation could change. Thus one needs to be ever vigilant.

I am so sorry to hear about this unfortunate situation with your wife. But as Amadeo said, it is not like that in the entire archipelago; notwithstanding, I've heard enough horrific stories about the police being involved in the muggings, holdups and etc., especially in the Divisoria area at nighttime.

I also remember distinctly what my brother told me when I was still in NYC and planning to visit Manila -- "if ever you get held up, give up everything without a fight." And now that I walk around the city with an expensive digital camera, I am fully resigned to give it all up without a fight if in case someone pulls a gun on me.

I pray this dilemma with your wife gets fully resolved soon.

Phil, I am sorry to hear about your disappointment. I am also sorry that your wife had to go through this. It's a wonder you still want to live there. I remember a long time ago when I was still living in Mindanao.

Everytime rent is about due, everyone can tell because the Policemen will issue a lot of traffic tickets. However, for an amount of money, you can buy your ticket out, and the policement would pocket the money.

When my mother came to pick up my little brother to live here, she told me of this one story. She was waiting in line to get my brother's passport. The same one which they wouldn't issue to my father for one reason or the other. She has all her papers and still they were taking their time.

It took my mother a long while to "get it". When she did, she passed some money and my brother's passport was given.

In a government where corruption is rampant, it's going to be hard to know whom to trust. And it's probably one of the many reasons I hesitate to bring my family for vacation. It's getting worse. People are still nice, except for when you met the ones who aren't. When you met the bad ones, you won't know for sure if the police will help you.