The Fishpond build after one week... 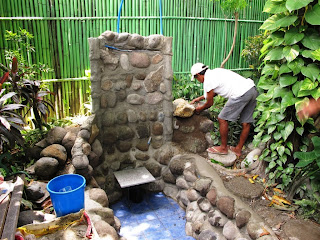 One week ago today we started work on the fishpond waterfall. I never dreamed it would become the production it now is. I’ve noticed that undertakings like this one seem to take on a life of their own as they proceed. I sit there with beer in hand as my guys busily go about their tasks and new “m 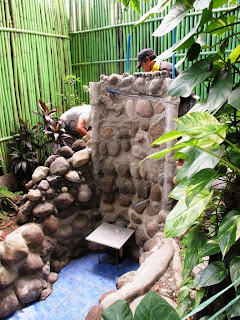 ust haves” just seem to pop into my spinning mind. It goes like this…

As soon as I say the “Hey Eddie..” part, he literally drops whatever he’s doing and rushes over to see what the next ridiculous request is going to be from me. I’ve learned to make sure he isn’t doing something critical because he really will just stop doing it and practically sprint right over. 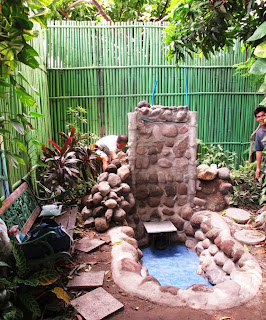 It occurred to me yesterday that I really need to hover when it comes to mortaring the final stones into place. I say this because after thinking they would naturally understand what constitutes aesthetic beauty I came to a rude awakening when I realized they don’t have a clue. To the brick an 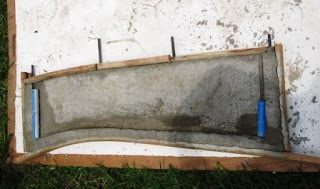 d tile man a beautiful job involves level and straight, which is the antithesis of what this job needs, that being 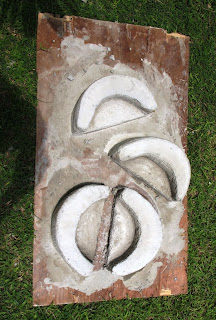 a complete random placement of the rocks just as things usually are in nature.

From the beginning I tried to impart that I wanted as much randomness as possible. “Eddie, make it look NATURAL! NO straight lines and no two adjacent rocks the same size and shape!” 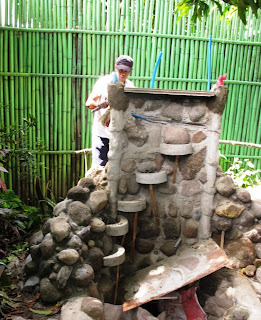 regularly shaped stones will likely end in the collapse of that wall. To drive home that point an exceptionally heavy stone dropped from its mortared position high on the wall smashing one of the tiles below. I had to send one of the boys out to pick up another couple of replacement tiles.

So, all of the stonework is done — I think. I must 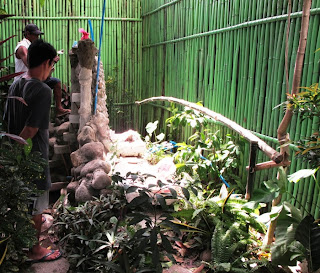 confess, it really is hard to know when to stop. I finally had to just say, ‘Okay, that’s enough. No more stones!’ Of course within seconds I’d see another spot that needed a stone. “Hey Eddie…. How about a stone right there…?” Darkness finally ended”the madness,” or I might still be out there right now fi 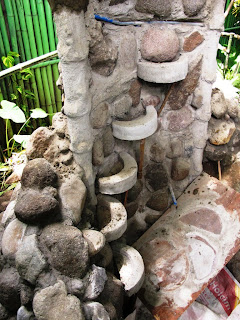 Eddie came up with what I hope is a brilliant top basin design; we won’t know until we get the chance to turn the water on. He fashioned the basin shelf completely out of concrete and rebar to include using a form to make the lip behind which the water will collect before spilling out and over it to the surface of the pond about five feet below. 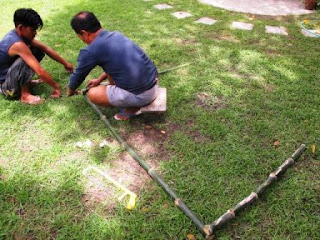 Edgar showed up late in the afternoon and I set him to work drilling the holes into the drip pipe. I urged him to do this quickly as we couldn’t finish the stone work at the top of the wall until he did. By the time he completed that task and we had the final stone wired, braced and mortared into place it was too dark to take any photos. So the pi 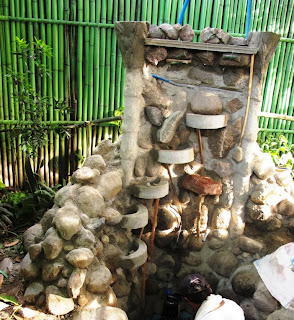 cs here do not show the actual state of the project.

We have been using stones and rocks from the nearby Abakan River bed, which is only a few hundred meters from here. But when it came time to finish the final stone work, none of the river stones we had lef 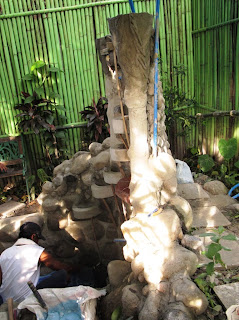 t on hand would suffice; at least not as far as I was concerned. I wanted a couple of long flat ones but all the stones from the river tend to be round, smooth and bulbous. Something compelled me to take a walk around the yard; after one lap it came to me that we should just borrow the stones we needed from the rock gardens. Within moments I had THE two perfect stones in both size, shape and as a bonus, they have an interesting dark gr 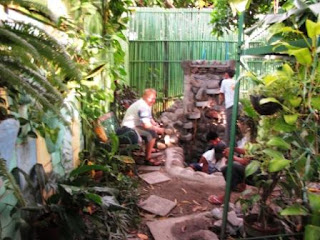 een color. Yes! I love it when a plan comes together.

Tomorrow is a “no power in the morning” day. Whenever the grid requires any work at all, the power must go off. They still haven’t learned how to work on the lines with power r 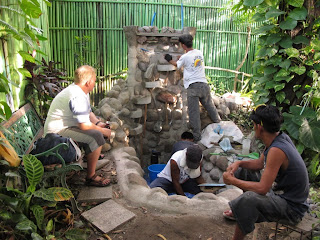 unning through them as is done back home. I’m not complaining too much though, since we’ve come a long way since I got here in ’02. Back then, it wasn’t unusual to experience brown outs that lasted 8, 9, even 12 hours. These days we lose it for only 3 or 4 hours at a time only two or three ti 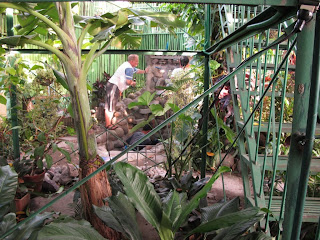 mes a month. I’m actually staying up late tonight (it’s now 4:27 AM) with the idea that I will hopefully sleep through much of the outage. Sigh…

Edgar will stop by tomorrow (he says) and will finish up the last bit of plumbing. I’d like 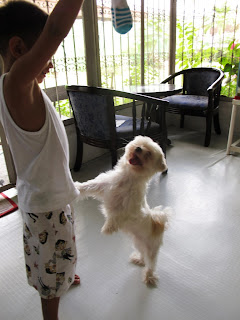 him to drill the final drip holes in the top basin as well, but that won’t be possible if power is out.

Another great idea occurred to me when I saw the good quality and beauty of the smaller river stones, the ones about the size of a fist and smaller. Once they assured me that the supply of these stones is inexhaustible that’s when I decided to scrape up the top three or four inches of soil from the birdcage to the fishpond and around the path to the other side of the mango tree, and then repl 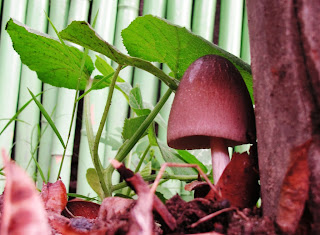 ace the removed soil with a layer of small Abakan stones. That will help with rain water drainage, and landscaping wise, it will tie the pond to the house. It’s going to look great when it’s all done.

So much more to do, but loving every minute of it…
Posted by PhilippinesPhil at 6:52 AM

I guess when all is in it's place and the water is dripping on the wall, you'll see if it fits or not but I hope all ends well :-)

I know when you're excited, ideas just come in like a bunch! and you want it to be perfect...

Exactly. In fact, at the moment I'm out there now raising hell to get the details right. They just don't seem to understand how important small detail is. God IS in the details. GRRRRRR.

If you don't mind me asking, what do you figure you have into this project when it is all said and done? If I had three guys tied up here for a week, I'm sure I would be into several thousand dollars, probably closer to ten. I'm guessing based on past experience that you probably only have a few hundred if that in it.

By the way, looking good.

A skilled trademan around these parts makes between 10 and 12 dollars a day. I'll probably pay them 15 to 20 if that; so labor is cheap. All the rocks are free. Mortar isn't that much. The pump, the tiles and the plumbing supplies are the major cost. I'll probably end up paying around 8 or 9 hundred all told.

That is coming along quite nicely Phil. I really like the looks and ascetics of it!

I am in complete awe as to how you were able to convert a plain place into something you must have been dreaming and planning all your life, or not exactly, it doesn't matter really. I think it's beautiful.

Thanks. Couldn't have done it without my guys though.

Dang Jonha, you have a lot of blogs going there. Which one is all you?