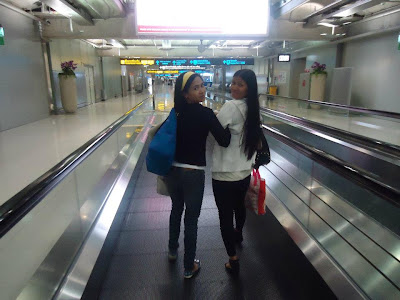 Eleven days in Thailand, hanging out with friends at Pattaya while trying different things and seeing new sites, it all went by in the blink of an eye. After seeing how great the place is and now knowing how easy and inexpensive it is to get there from here, I’ve been kicking my own butt for not making Thailand a habit, especially after being so close to real paradise all these years and not realizing it.  Well, now I know and I’m looking forward to heading back again in a couple of months.
My long time friend has been telling me all along how much he has enjoyed his continuous trips over there for going on ten years now but I never really paid much attention. After going over with him now though, I see why he goes there so often. In fact, after a few days I asked him why he didn’t just live over there.
From day one of the trip I had to fight the impulse to say out loud what I was always thinking soon after we arrived in the land of the Thai, ‘Why can’t it be like this over THERE!’ 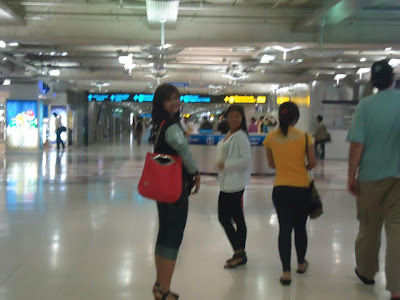 I tried to control myself from doing that out of consideration for my Pinay wife, whom, by the way, I wouldn’t trade for all the Thai women in the world, as she quickly got sick of me making the snippy little comparisons; and soon she began to cut my nasty little tirades off at the bud with something like, ‘Okay, that’s enough. I know. I KNOW!’

That was fine with me because although she hated to admit it I knew she was thinking exactly the same thing. At least two or three times a day we’d steal a look at each other and I’d make her laugh when I would just put a finger over my lips, raise my eyebrows and smirk. ‘Damn you!’ She’d laugh.

So dang, what do I talk about first? There are so many things to describe so I’ll just start at the beginning—the airport. The international airport at Bangkok is definitely world class. My pal says it’s the major hub for much of Asia and I believe it. 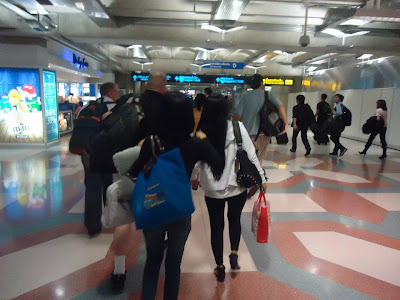 The first thing about it was how quickly we were processed. We got in near midnight at a time when one would not expect much traffic but that was not the case. As we walked up the “people movers” we were soon joined by hundreds of other travelers, all of us heading to customs, immigrations and baggage.
“Dude, maybe we should try to get ahead of some of this lot?” I asked my buddy.
“Nawww. No need. Believe me man. THESE folks have their proverbial “stuff” together. It won’t matter how many hundreds of people are there with us, we’ll have our passports stamped and our bags in hand in no time flat. Just you watch,” he assured me.
And he was correct. There were more than enough customs and immigrations folks waiting to take care of us in their booths. We ended up at the window of an unsmiling, no-nonsense woman who after closely scrutinizing our passports, stamped them and handed them back to my wife and stepdaughter. The baggage carousels were just past the immigration booths and by the time we got to the one for our flight I could see that most of the bags were already circling in wait for us. Customs was even quicker. They merely processed our claims forms and we were done.
“Are you kidding me? We’re done?” I crowed.
“Yup. All done.” My buddy nodded. “Now let’s go find our van and head out to Pattaya!”
In no time at all, all seven of us, were in a luxurious van speeding our way to our hotel in Pattaya, about an hour and a half distance, and it was highway all the way!  And just as great, all the drivers really seemed to know what they were doing—no one flashing lights unnecessarily, no one speeding up the shoulders, no one beeping their horns just because they had them, and my goodness, everyone was simply following traffic laws as if they actually existed!  Sigh… It was heaven. 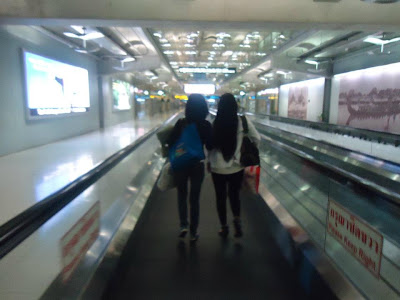 Posted by PhilippinesPhil at 4:10 AM

Dang, I was just getting into this. Can't wait to hear about the rest of your stay. Never been to Thailand but from what I've read and seen on television, it is very beautiful. Like I said on my blog to your comment, it has always been on my list of places to visit sometime.

GEt there Ed, you WILL love it. Its inexpensive and fantastic for the entire family. Pattaya is known as "THE world's adult playground," (and it is!) but your girl will love it too. Many more posts coming on the trip. There is so much to discuss that its a bit daunting...