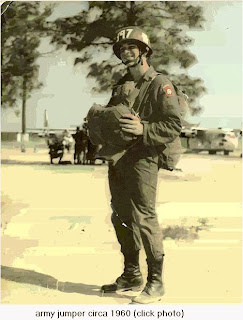 You’re going to love this story—I certainly do. I knew I was going to write it the moment I met the man and he told it to me. As Dean Cain says, “Believe it!”

I met George W. almost two years ago when he came to me for help in dealing with the Veterans Administration.

(Let me add that 99% of all veterans DO require assistance, as most of them soon realize, once they start the ordeal of filing for their VA disability benefits).

From the first I liked the guy. Tall and long limbed, almost gangling at his present 6’1”, he has a physicality that impresses even after what he’s been through. There’s a glint in his eyes that says, “Don’t trifle with me.” It’s an aura that surrounds Special Forces troops well into old age. He told me he’d like to get more of his ailments service connected, but he was leery about doing so after what the Veterans Administration had already done to him. (See what I mean?)

I asked him, “So, what conditions are we talking about that we can prove began on active duty?” At that, George began telling me a riveting story that horrified and amazed, yet his joking manner kept me laughing from start to end.

In 1955, George joined the United States Army at the age of 15, or 15 ½ as he says in his deep Merle Haggard sounding drawl. Big for his age and toughened from years of breaking horses, his recruiting sergeant knew he was underage and processed him in just the same. Years later, when already in Special Forces, an anal-retentive admin officer, a warrant, learned of George’s secret and thought it his duty to begin discharge procedures based on fraudulent enlistment. It went no where though once his company commander, Colonel Clark, found out. duly informed his anal warrant officer that if he proceeded to kick out “HIS” sergeant then he would see to it that the rest of HIS army career would be very miserable indeed. The warrant “saw the light” and George’s secret remained undisclosed. As it turns out, perhaps it would have been better for George if he HAD been discharged.

Before “the accident” George gloried being in Special Forces, also known as The Green Berets; and he REALLY loved jumping out of airplanes—with a parachute of course. He had transferred over to SF from the regular army as a reservist where he had worked in Operations and Intelligence. Actually, before that he had put in to fly helos, but his 6 feet 3 ½ inches made him too tall to fit into the pilot’s seat. So, with SF looking to build up its reserve component, he applied and was accepted. He made it through jump school at before following-on to . By 1961 he was a SSgt and a team leader. As such, when they jumped into battle he was the last guy out of the plane.

On the morning of the fateful jump George had a premonition that something bad was going to happen. He remembers telling himself, ‘something ain’t right.” He says it’s always been like that for him. Perhaps his part-Shawnee Indian genetics puts him more in tune with a mystical side that the rest of us just ignore.

He was one of 96 jumpers that morning. They had been alerted for an operation and as far as he knew it was “real world.” The packed chutes were always set up in rows on long tables with the mains on the left and the reserves to the right. He was surprised to see waiting for them immaculate new T-10s with risers still bright yellow and factory fresh. The same was also true with the reserve chutes—all brand spanking new and looking good—except for the very last set—his! The uneasy feeling came roaring back. 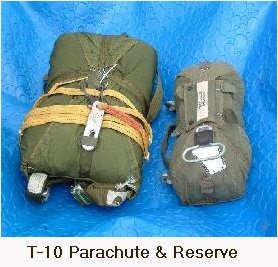 He remembers, “Those old things were so used up that the original olive-green canvas had turned a muddy brown.” The reserve handle, normally painted red, was more rust than red.

George recounted the moment, “My buddy, “Hunt” saw me pulling on that faded old T-10 and he said, “My God! Are you going to use that? It looks like a dummy chute. Let me check the packing list.””

He explained that there were times that they would throw a dummy out of the plane over a drop zone to see where it landed, to gage wind conditions and such.

Sgt. Hunt read the packing list and said it looked okay. George continued to shrug off the bad feeling and decided to go through with the jump. He said a man can refuse to go anytime he wants, but that was very rare, especially for Special Forces troops. As they inspected each others rigs they already began to bet each other on which team would get out of the plane first, the right or the left side jumpers of each airplane—whichever “side,” or “stick” of jumpers out last had to buy a round for the other. It seems like a funny thing to bet on, but competition is competition.

From they took off in three C-123 “Providers” for parts unknown. Once in the air they were told that the mission was cancelled but they would go ahead and jump into landing zone D2, named “,” at from 1,250 feet. George had jumped into it several times and knew exactly what to expect. “D2 shapes into a little valley,” he recounts.

Hours into the flight and the men were told to get ready. They stood up and hooked up. The green light came on and the men began to jump in a rush from the plane. George quickly followed the line of men in front of him pulling his static line clipped to a cable running along the left side of the aircraft toward the rear door. With adrenaline surging through him he jumped from the dark cramped noisy airplane into wide-open silent blue. As he left the plane he began counting, “One thousand one, one thousand two, one thousand three, one thousand four…!” 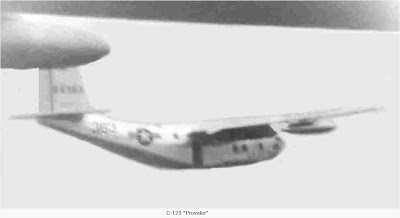 Posted by PhilippinesPhil at 10:55 PM

Phil, don't leave us hanging here....please, send a holler when you have part 2, I don't want to missed it.

At first, I thought you were talking about George W. the pres.

Chuckle... Sorry about that Shoshana. As I said, its a serial. The next installment will be posted tomorrow.

And, I WISH I had had the opportunity to meet the president. If only!

I didn't know about secret service, and didn't know he's the presiden't son. It was so cool when I found out later. We'd wave to each other when we pass. He jogs a lot.

Wow! And its amazing to meet someone who doesn't think he's evil incarnate. How refreshing.