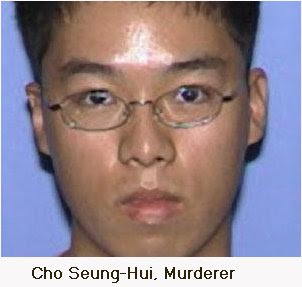 As a guy who generally finds himself to the political right it might seem like a paradox, but I hate guns. I’ve never been enamored with them even as I always fired expert with every weapon I was ever required to qualify with in the military. I dislike hunting; it seems that most people who hunt don’t really need to do so. Even so, I have killed animals to eat, but I find causing their death to be an odious thing. Still, all-in-all, I believe in American’s right to own and BEAR arms (notice the emphasis), but I also believe in their strict control. It all sounds pretty confusing, doesn’t it? Thing is, few important issues are cut-and-dry or black-and-white and private gun ownership is one of them.

This latest senseless mass murder is causing the typical calls for more gun laws and more controls, blah, blah, blah. That’s obviously not the answer; we already have literally thousands of gun laws. There are already millions of guns in the country so people wanting to commit mayhem like Cho Seung-Hui will find the guns to do it. So, how can we stop them once they start?

I think part of the answer is MORE guns. I know this sounds strange but Shaquille O’Neill comes to mind. He’s a private citizen who is also a volunteer police officer. He’s qualified to carry a firearm as a trained and certified law enforcement officer. Can you imagine how quickly this nut would have been shut down if we had some armed individuals in or near those “classrooms of death?” I wonder how many weapons-qualified veterans were in the area going to class? If I was armed and trained as a volunteer cop and I was in the area I would have felt compelled NOT to try to escape, but to go to the sound of the shooting just as any responsible cop would.

What killed so many kids was the lack of anyone around to protect them. They were like fish in a barrel for this twisted two-fisted shooter. Why not give teachers the option of qualifying with weapons and arm them? I know, I know; it’s a bit laughable since most of our academia would run away and blanch at just the thought of carrying a weapon, but not all of them feel that way. We trust all kinds of people to protect us; most policemen are just common folk with high school educations and yet we slap them into a uniform and give them a gun and a nightstick and bid them to go forth and protect.

After 9/11, the same calls for self-protection went up among airline pilots. A lot of them are military veterans and want to be armed, especially when they found how their innocent airline pilot comrades had had their throats slit like slaughtered farm animals by the 9/11 jihadists. I’m sure you won’t hear the same hue and cry coming from college professors since most of them don’t see themselves as macho kick ass types. Still, we don’t need all of them armed, just a few for “just in case.”

Virginia Tech doesn’t even allow firearms on its campus, but with one so sprawling it is impossible to keep them out. Since our schools can’t possibly keep firearms out then the best way is to selectively arm certain teachers, advisers and even some students, such as veterans, so that they can defend the rest of the student body for “just in case” situations. We do this now on civil airline flights now with the flight marshal program.

Let’s face it. Even cops these days are almost useless in these types of crazy gunmen situations. At Columbine the local cops stood around outside and basically watched while waiting for backup and SWAT. If they had immediately moved to the sound of the guns they WOULD have saved lives. It isn’t entirely their fault because “by the book” they did what they are supposed to do. Caution is their watchword, but it means death to hostages not yet killed, or not yet taken hostage, or to those bleeding to death while the police stand around with their figurative thumbs up their butts.

The answer is more guns. Arm teachers, advisers, principles, school nurses, lunch ladies—any law abiding school employee or any citizen who is willing to submit themselves to the required background checks and willing to take the on-going training to become and to stay certified as volunteer policemen, just like Shaquille is. It sounds crazy but it could save lives.

Simply banning all weapons from a campus like VA Tech obviously does nothing but provide defenseless sheep for the slaughter. Let's arm some of the sheep.

Posted by PhilippinesPhil at 12:28 PM

Email ThisBlogThis!Share to TwitterShare to FacebookShare to Pinterest
Labels: USA

This is senseless loss. Still, NRA is a powerful organization and guns will have a good chance of disappearing right there along with drugs from South America, alcohol and tobacco.

I find it a little silly that in Texas you could go to jail if you carry a handgun without a permit, but a hunting rifle is perfectly fine. Who thought of these things?

Nope, guns are part of our fabric, not going anywhere and making more every day.

As far as handguns, they are too easy to conceal, thus the need for a permit. A rifle you can see coming from a ways off.

Most laws are rooted in commonsense and precedence, even gun laws.

My personal position has always been that a total gun ban or too strict gun regulations, in most times it would only mean that only the bad guy, since guns acquired illegally would still be easy, would have the firepower and his intended victims would only be as you stated, sheep being led to slaughter.

Give everybody a fighting chance to defend their lives. Evil is real and ubiquitous.